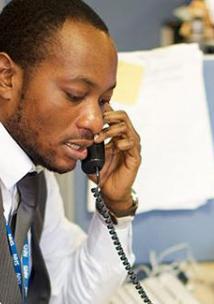 CQC carried out a focused inspection in May to follow up on information of concern received about the safety and quality of the diagnostic imaging services provided by the trust. The diagnostic imaging services had not previously been inspected and rated as a standalone service. As this focused inspection only looked at the safe and well led domains, the overall service was not rated during this inspection.

“We had several serious concerns when we inspected the diagnostic imaging services at Barts Health NHS Trust.

“At The Royal London Hospital, we found rooms containing hazardous clinical equipment that were not securely locked. This meant that anyone could enter the room and risk exposure to radiation or powerful magnets, which would be extremely dangerous. We also found a mobile X-ray machine which had been left unsupervised in a publicly accessible corridor. It was connected to mains power with the key left in place, so it could be operated by a patient, visitor or an unauthorised member of staff, putting them at risk of exposure to ionising radiation.

“Staff told us there was conflict within the department which created a hostile working environment. This is an indication of wider cultural issues which leaders need to address as a matter of priority. As a result of this, staff didn’t consistently recognise and report incidents, which meant the trust was unable to respond to incidents and share learning with staff.

“At Whipps Cross Hospital, we found that ageing equipment did not always work, resulting in a delay to patient care. In some cases, new equipment had been purchased but could not be used, as it had not been integrated into the software systems. We found rooms containing specialist equipment were not always locked, posing a risk to staff, patients and visitors.

"Some staff said that, although there was a system in place to raise concerns, they did not want to use it in case they were treated unfavourably, reflecting the fragmented culture of the department.

“In both hospitals, we were informed of allegations of bullying, harassment, racism and sexism that had had apparently been escalated to the human resources department but staff felt had not been resolved. It was also deeply concerning that, at both hospitals, staff were concerned about using mechanisms for raising concerns or reporting incidents because they were afraid they may be treated unfavourably by managers for doing so.

“We told the trust that it must ensure that the governance and risk management structures for completing and monitoring risk assessments are improved and that it must manage the staff rota more effectively. I am pleased to report that the trust has already taken urgent steps to address our concerns. We will keep a close eye on the situation and return to inspect to ensure that improvements are made and fully embedded.”

In the diagnostic imaging departments at both hospitals, inspectors found:

The reports will be published on the website on Friday 30 July:

The Royal London Hospital is rated good overall and good for being safe, effective, caring and well-led. It is rated requires improvement for its responsiveness to people’s needs.

Whipps Cross University Hospital is rated requires improvement overall and for being safe, responsive to people’s needs and well-led. It is rated good for being effective and caring.

Throughout the COVID-19 pandemic, the CQC’s regulatory role has not changed. CQC’s core purpose of keeping people safe is always driving decisions about when and where we inspect. As the risks from the pandemic change, we are evolving how we regulate services to reflect what we have learnt during this time. You can read more about our current approach.

CQC is listening to what people are saying about services to help detect any changes in care. If there is evidence people are at immediate risk of harm, CQC can and will take action to ensure that people are being kept safe. People can give feedback about their care to CQC via the details below.

Alternatively you can email regional.engagement@cqc.org.uk

Journalists wishing to speak to the press office outside of office hours can find out how to contact the team on the website.

About the Care Quality Commission

The Care Quality Commission (CQC) is the independent regulator of health and social care in England. We make sure health and social care services provide people with safe, effective, caring, well-led and responsive care, and we encourage care services to improve. We monitor, inspect and regulate services to make sure they meet fundamental standards of quality and safety and we publish what we find to help people choose care.

You can help make health and care services better by sharing your experiences and ideas.

Dentistry Report
12 July 2021
Over the last year patients have been telling us that they have been...
Find out more 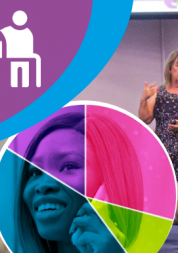